Both Mac and Windows may be used for the client-side “Launchpad.” Macs running macOS 10.13 will benefit from Network Tethering and App Caching built into the operating system.

Note: Certain PC USB chipsets limit how many devices can be recognized at once. Test your model thoroughly.

* When provisioning many devices simultaneously, GroundControl’s performance will be greatly limited by a spinning hard drive. We strongly recommend solid state disks or flash drives in your PCs. Spinning disks may cause slowness, performance issues, and failures due to timing problems.

** Windows 7 support was ended by Microsoft on January 14, 2020 and is discouraged for production systems as it exhibits delays when attaching devices. Windows 10 is recommended.

Firewalls must support Secure WebSockets. A common firewall feature is to force close any sockets that remain open for a long period of time, but this will cause GroundControl to lose the client-server connection.

GroundControl has limited support for proxies: 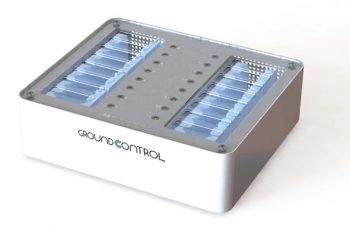 We are working to expand this list as we work with additional manufacturers. Reach out to us if you would like our help to qualify (or disqualify!) hubs from other manufacturers.