Content Caching (formerly “tethered caching”) is a major new system from Apple to speed up device provisioning, app installs and app updates. It’s most helpful in places where many iPhones and iPads are clustered together, such as healthcare, retail, and hospitality. But it only works if you have Macs.

The two features work together, as illustrated by the following diagram:

Does GroundControl work with tethered caching?

Are you using temporary provisioning networks in your workflows? You may not need those any more. Tethered devices no longer require WiFi to enroll into MDM, making enterprise WiFi deployments much simpler.

If you are running macOS 10.13, the Mac may be on Ethernet or WiFi.

To function, devices must pair with the Mac. This is no problem if the devices start out as erased, or if an “erase” is part of your workflow (e.g. patient engagement). But already-provisioned devices may need extra work before they can use these services.

It’s easy to turn on Content Caching. Open the Sharing preference pane, and it’s a checkbox. 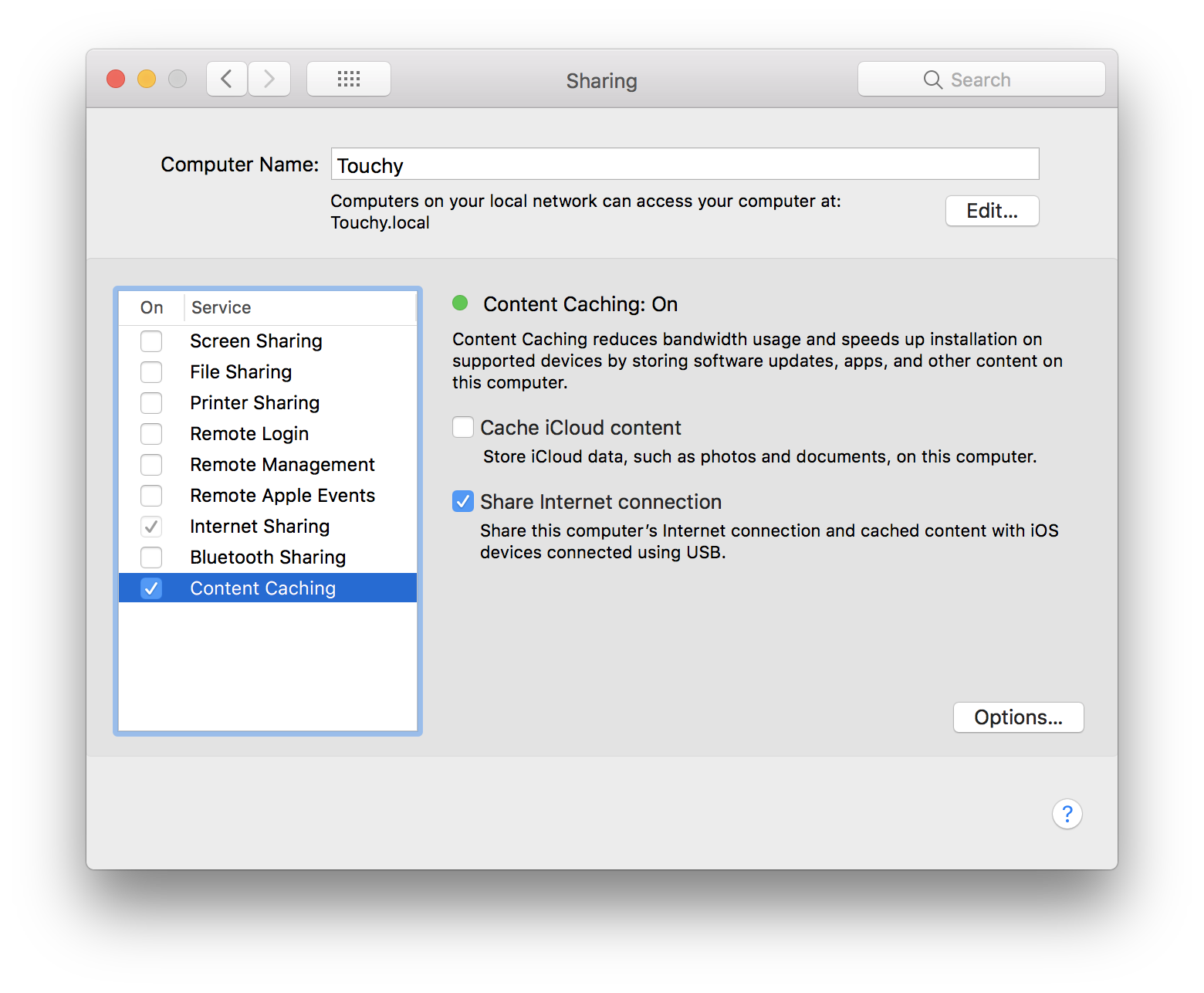 Should you switch your Launchpads to Mac?

We think our hospital customers can benefit the most from tethered caching. These customers sometimes install 10-30 apps on a patient-facing iPad, and apps are installed daily. Many already use WiFi caching servers, but tethered caching should be significantly quicker.

If you are only installing one or two apps from the App Store, and on a handful of devices, then the switch may or may not be worth it. If you are installing several apps, or if your network bandwidth is constrained, or you have a whole lot of iOS devices to set up, then using Mac may be the best choice you can make.