GroundControl 4.5.2 is a server-only release.

Are you testing iOS 12? We are. GroundControl 4.6 will be fully compatible with iOS 12. We expect to release it in early September, before the release of iOS 12. Let us know if you have any questions.

GroundControl 4.5.2 introduces an extremely simple way to recover from many deployment failures. If at first you don’t succeed, try, try again. 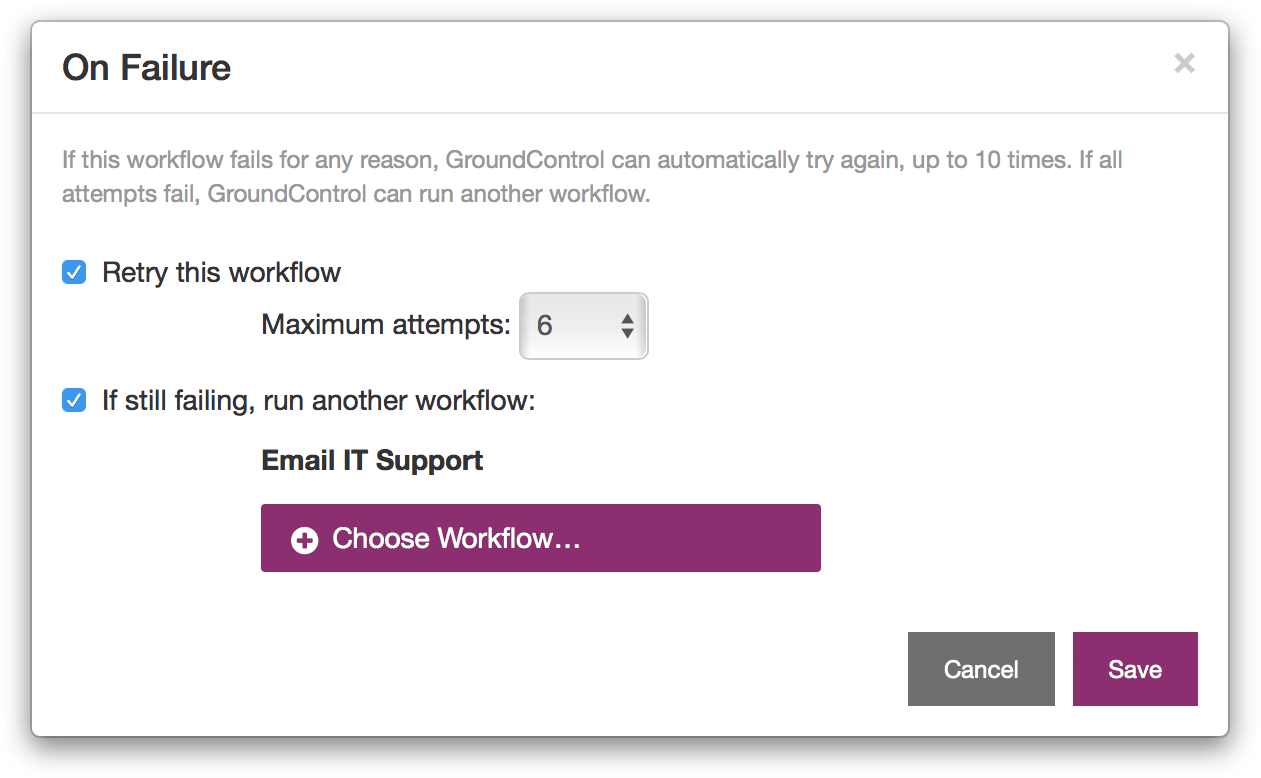 The workflow action Advanced > On Failure allows you to specify what happens if a workflow fails for any reason.

This change overhauls, simplifies, and replaces the previous On Failure action, which worked but was often cumbersome.

We recommend adding On Failure, with only the “Retry” box checked, to most every workflow. It’s a little extra automation to help your users be more successful.

Other bug fixes and improvements

Got Passcodes? Read This.

In iOS 11.4.1, Apple changed the way passcode-protected devices connect to USB. If you use passcodes on your devices, please read our knowledge base article on USB Restricted Mode to find out how you may be affected.