GroundControl can send HTTP notifications as part of a deployment. This may be used to send data to an asset management system, for example. Note webhooks are sent from our server, not the Launchpad, so expect requests to originate from the cloud. 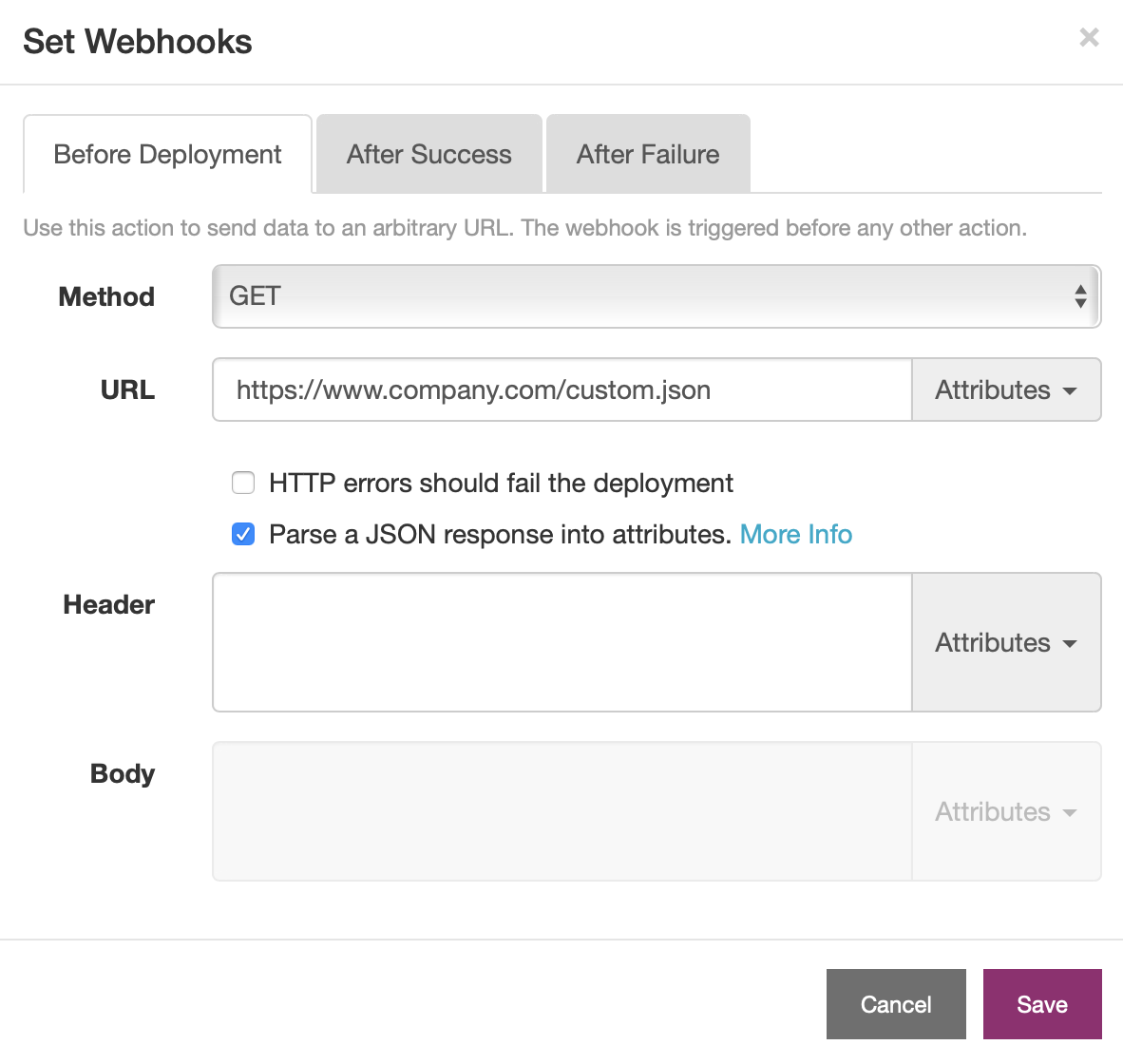 Timing: You may send webhooks during any of these three times:

URL: Enter the URL of the Webhook destination here. You may add attributes (variables), such as “[Device Serial]” in the URL. GroundControl will perform a substitution just before making the call.

Parse a JSON response into attributes: This option is available only “Before Deployment.” If checked, GroundControl attempts to interpret webhook responses and set device attributes to the values it finds.

For example, your URL may return this response:

If you have created a device attribute with the name “Asset Tag”, then GroundControl will set the value of Asset Tag to “12345” for the device(s) in the deployment.

Here are some notes:

Header: You may add headers to the webhook here. Separate multiple headers with newlines.

Body: You may add a body to POST and PUT calls. Feel free to format your data any way you want, for example in XML or JSON. You may include attributes (variables) here as well. GroundControl will perform a substitution just before making the call.

You may find a site such as RequestBin or webhook.site useful when testing webhooks.